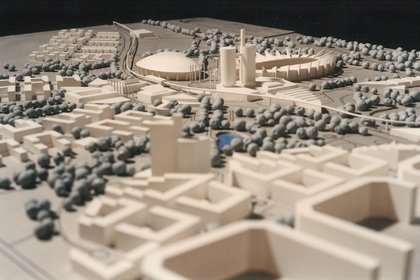 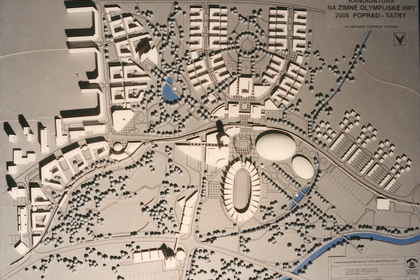 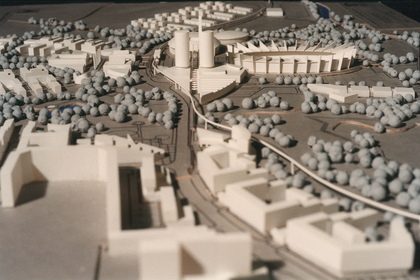 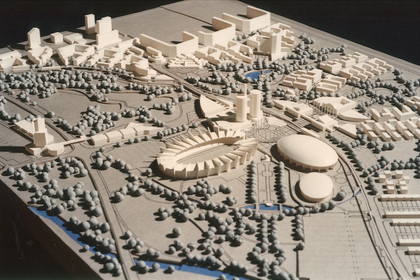 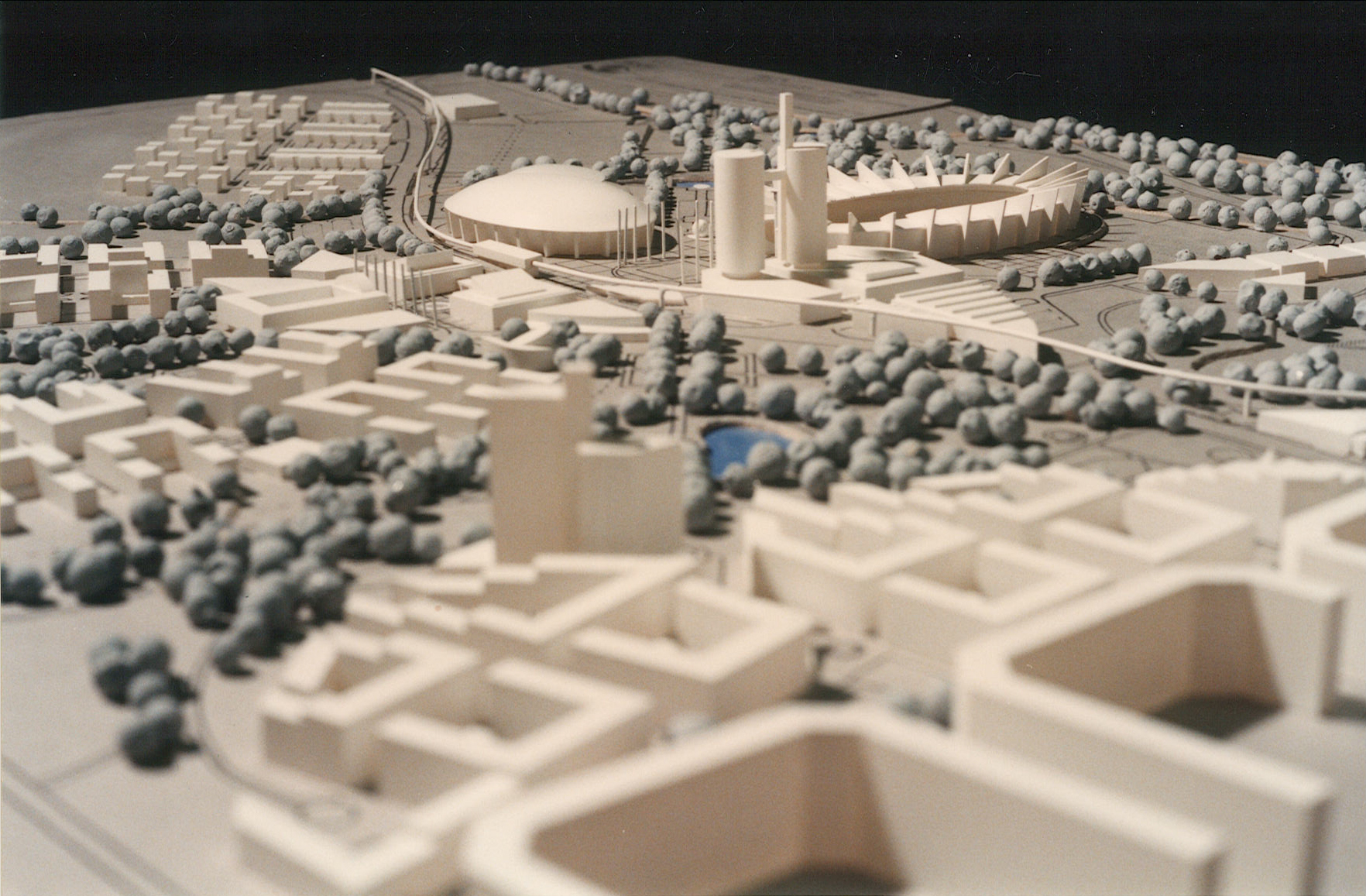 The candidacy to host the Winter Olympic Games in Slovakia spurred some very brave ideas. There was a plan to build a large, top-level Olympic Center in the town of Poprad. The territory constituted two axes to which, in a logical sequence, individual functional units were attached: the Olympic and Paralympic village, a sports complex with open and indoor stadiums, a press village and press center, a complex of the national Olympic houses, a headquarters for the organizing committee, civil amenities, a center of business activities and the Olympic park. All of this with panoramic views of the High Tatras. Of utmost importance was the point where the axes intersected - the focus of all activities and spatial composition of the territory. Right here was planned the speed skating stadium with the opening and closing ceremonies held in it, next to it a square with a flag parade, a press center and two dominant vertical buildings. The board of the International Olympic Committee identified the project as the most valuable out of all proposals of the concerned countries. 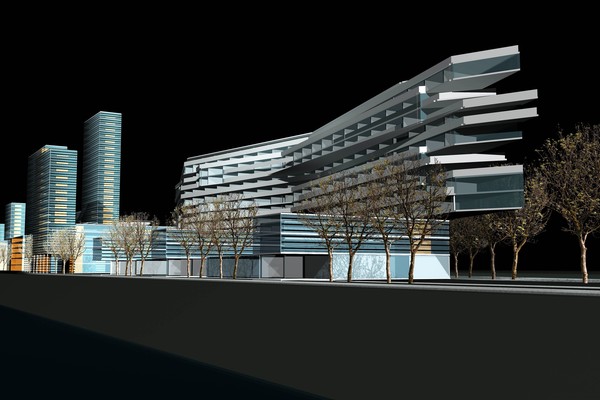 ← previous project
back to projects